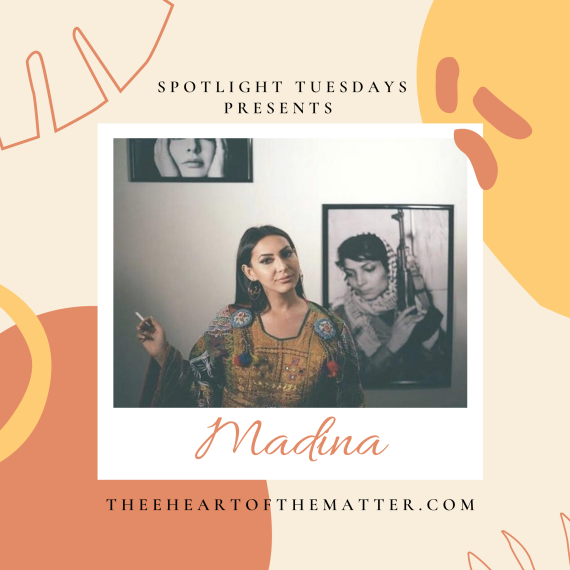 a person who campaigns to bring about political or social change.

Madina is truly one of a kind, so full of life! From the moment I met her, I knew she was a forced to be reckoned with. An advocate, activist, author, poet, social worker, and game changer. She stands with all communities of color in solidarity. She fights on the frontlines and challenges the system. She proudly advocates and spreads a wealth of knowledge about her people in the Afghan community. An inspiration with an amazing story to tell.

Tell me a little bit about yourself? How did you meet Bree?

I’m the child of Afghan refugees settled on Tongva land in what is now called Los Angeles. I describe myself that way because decolonization, of our minds, of our language, our education, it’s all important to me. My parents survived the Afghan civil war and had me one year after. I was raised in a progressive Pashtun household. The Pashtun people are the largest matrilineal tribe in the world, and I’m proud to come from such resilient people.

I always wanted to work in a service capacity and this brought me into the field of social work & mental health. I’m especially passionate about using my privilege as a non-black, non-Indigenous person of color to fight for equity and promote anti-racism. I had the privilege of meeting Bree while we both served at Covenant House, a transitional aged youth shelter in Hollywood, CA.

What inspired you to start your blog? How long has it been up and running?

I always wrote long Facebook posts and have had something to say since I was young. The Afghan & Iraqi occupations really influenced my desire to speak out against oppression & injustice. I always wanted to write in some capacity. Burqas & Beer was born after the Israeli assault on Palestine in 2014; this was the year I became highly involved in grassroots organizing in LA, and I documented my experience through my blog.

END_OF_DOCUMENT_TOKEN_TO_BE_REPLACED

In honor of Heart Month, I’m participating in the @conqueringchd Heart Month Challenge 🫀
Heart Update 🫀
Zio Patch Heart Monitor 🫀
Heyy Everyone! 😊
Merry Christmas 🎄🎁
My PICC line procedure was a success! I was surprised at how quickly it went. PICC line placement takes about an hour and can be done as an outpatient procedure. Mine didn’t take the full hour, but the majority of the time spent is for preparation. I was called to the procedure room by the doctor which was equipped with imaging technology, such as X-ray and ultrasound machines, to help guide the procedure.